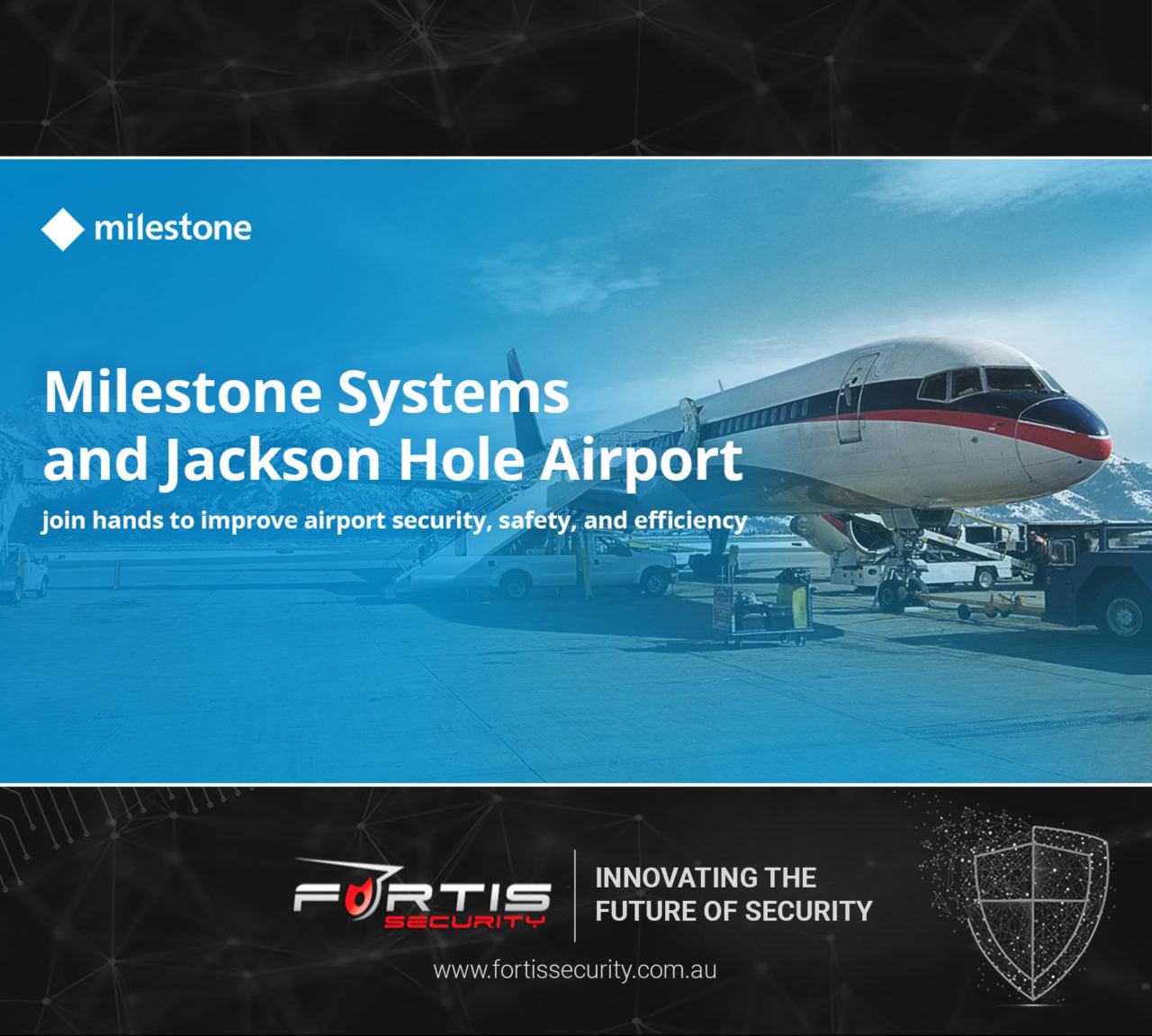 Isolated on the edge of the wilderness, Jackson Hole Airport relies on Milestone’s XProtect® VMS to enhance security, safety, and efficiency.

Jackson Hole Airport (JAC) lies seven miles north of Jackson, Wyoming at the base of the Teton mountains. It is unique for being entirely within Grand Teton National Park and is the busiest airport in the state with nearly 500,000 inbound passengers annually.

Distinct in its remote location and operational requirements, the team at Jackson Hole Airport has since 2009 relied on video management software (VMS) from Milestone Systems to enhance security, safety, and efficiency. Because it is isolated on the edge of the wilderness, the airport requires both system reliability and flexibility to run smoothly.

Over the past few years, the scalable system has enabled the airport to expand its video applications, first by growing its IT team, then increasing the number of cameras and data storage capabilities. Today, the airport has close to 220 cameras in operation.

In the parking area alone, 48 new cameras have been installed. They monitor capacity and flow issues and play an important role in securing the safety of employees and the public. When the airport is clearing snow, the cameras monitor the snow removal vehicles used for the process, and recorded video has become helpful in verifying accidents or damage caused by the plows. Jackson Hole Airport needs to provide a safe de-icing process for many planes during the winter months before take-off. Aircraft are de-iced away from the main buildings, and while the airport has infrastructure at the de-icing location, the airlines do not.

To give their client airlines visibility of the process, beginning last year the airport started providing access to video so that they can watch their own planes during the de-icing process. The client airlines now see the airport camera views via the XProtect VMS and can see which stage of the de-icing process their planes have reached and when they are ready for take-off.

The video management system at Jackson Hole Airport has standardised on the XProtect Professional Plus VMS from Milestone Systems that manages a mix of IP network cameras from Axis Communications and Panasonic. For storage, Jackson Hole Airport now uses optimized video server hardware from Razberi. Because most of the system’s 220 cameras are configured to record only when they see motion, they can record 24/7, keeping all video for up to a full year.

Additionally, the team has deployed video analytics from Agent Vi to provide a layer of automated alarms and notifications that flag abnormal occurrences. Using video analytics to analyze behaviors, they can detect travelers who are moving in the wrong direction against the required foot traffic flow and those who cross into restricted areas.

Today, everybody in Jackson Hole Airport’s IT team has XProtect Client on their PC with an individual account. This gives them seamless access to live and recorded video, instant control of cameras and connected security devices, and a comprehensive overview of recordings. The flexibility provided by the open platform VMS allows Jackson Hole Airport to scale its system and add the features they need now and in the future.

Contact us to learn more about how you can use Milestone for your business security solutions.